Howard Davis Jr. doesn’t have time to ask “Why me?” He didn’t ask “Why me?” when his mother died only days before the start of the 1976 Olympic Games in Montreal, where Davis was representing the USA boxing team in the 132-pound division.

“I’ve never questioned ‘Why me?” Davis, 59, told The Post this week. “God chose me to have this disease for a reason, and I have to find out the purpose and I’m kind of figuring it out why.”
Boxing fans under age 40 might not be familiar with Davis, and that’s a shame. The Long Island native and eldest of 10 kids was part of arguably the best U.S. boxing team to compete in the Olympics. The 1984 squad, which won nine gold medals, might beg to differ, though the powerful Soviet Union boycotted the Games in Los Angeles.

“I’ll just say we were the first,” Davis said.

There’s no doubt the ’76 team was a special team for a special time. Sugar Ray Leonard, Spinks brothers Leon and Michael, Leo Randolph and Davis all captured gold medals and the hearts of a nation, especially Davis, who learned three days before the Olympics his mother had died of a heart attack. “It was devastating,” Davis recalled nearly 40 years later. “But I remembered her pointing her finger in my face and telling me, ‘You’d better win the gold medal.’ I wasn’t going to be denied. There was no way I was going to lose.” Davis won two of his first four bouts by knockout and won the gold by out-pointing Simion Cutov of Romania. Leonard became the most famous of the Americans, but it was Davis who earned the Val Barker Trophy, awarded to the most outstanding boxer in the Olympics.

All the gold medalists would go on to win world titles as professionals except for Davis, who was trained primarily by his father. The native of Glen Cove had three chances at a world championship, but the timing was never right for him to produce his best. There was internal friction between Davis’ father and his manager that distracted Davis before losing a decision to Jim Watt in 1980 for the WBC lightweight title, and Davis had just two weeks to prepare for Edwin Rosario in 1984, when he lost a split decision. His third chance at a title was no charm as Davis fought with an undisclosed broken hand when he was stopped by James “Buddy” McGirt for the IBF lightweight title in 1988. 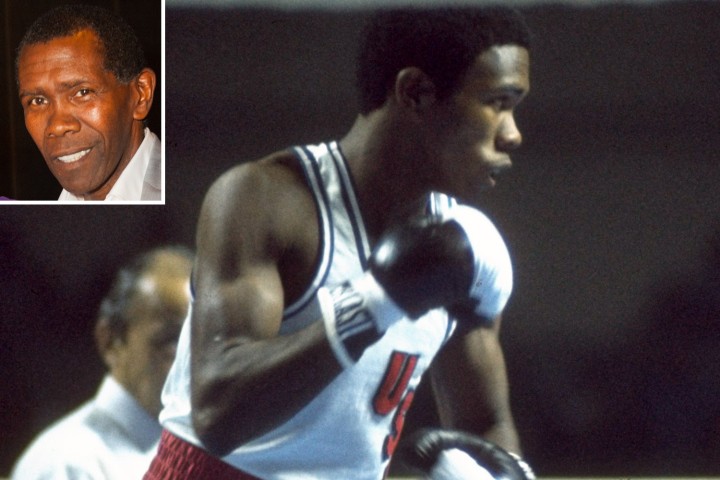 “I guess it wasn’t meant to be,” said Davis, who last fought in 1996. “I don’t want to make excuses, but I was never at my best in those fights. Still, I had a great career.”

He finished 36-6-1 with 14 knockouts, but now Davis is in the toughest fight of his life. Diagnosed just before his birthday in February, he’s determined to beat cancer and is encouraged by recent news the tumor in his lung is shrinking. He’s undergoing traditional treatment such as chemotherapy, but also non-traditional methods that insurance doesn’t cover. The bills have risen to about $2,500 a week. To help with costs and raise awareness, Davis and his wife, Karla, who live in South Florida, founded the Howard Davis Jr. Foundation, which will be hosting a fundraising dinner Saturday night at the Tower Club in Ft. Lauderdale, Fla.
Modal Trigger

On Aug. 19, Davis returns to Long Island for another fundraiser. Herron Entertainment will stage a comedy night at The Space at Westbury with proceeds going to the foundation. For further information on both events, visit http://www.HowardDavisJrFoundation.org or call (786) 543-1177. It will be the first time Davis has been to Long Island since Glen Cove named a street after him in 2009.

Davis says his cancer is “all over the place.” He has lost nearly 60 pounds and jokes he’s almost back to his 132-pound fighting weight. On a typical day, Davis wakes up around 7:30 a.m. After dropping their daughter off to summer camp, he and his wife, Karla, make the 75-minute drive to the doctor’s office for treatment at 9:30.

“I have my good days and bad,” Davis said. “But I have to keep doing it until I’m healed.”

He already is making plans for when he scores the 15th knockout of his career.

“Once I’m healed I’m really going to go out in public speaking on how I got healed and my journey in boxing,” Davis said. “I’ve seen a lot and been through a lot. There’s good and bad people in all walks of life, including boxing.”

Davis and his wife also are going to lobby for easier access to non-traditional treatments.

“There’s lots of families in our shoes, families that want to try alternative treatments but can’t afford it or don’t have the support system or the mouthpiece we have in Howard,” Karla said. “That’s why the foundation was launched. We want to raise money for Howard and help a lot of needy people that are going through the same thing we’re going through.”

Says Davis: “I’m going to try to not to be too political, but there are corporations and entities that are controlling the cancer industry. It’s a multi-billion dollar industry with no cure in sight. In my opinion, they don’t want a cure. They’re making billions every year. Why would you want a cure?”

Davis said he turns off his cellphone about 3 p.m. each day. Hearing from friends across the globe can be overwhelming, even if their intentions are good. His day is already full with family, treatments and planning fundraisers and thinking about the future.

About the Author: herron