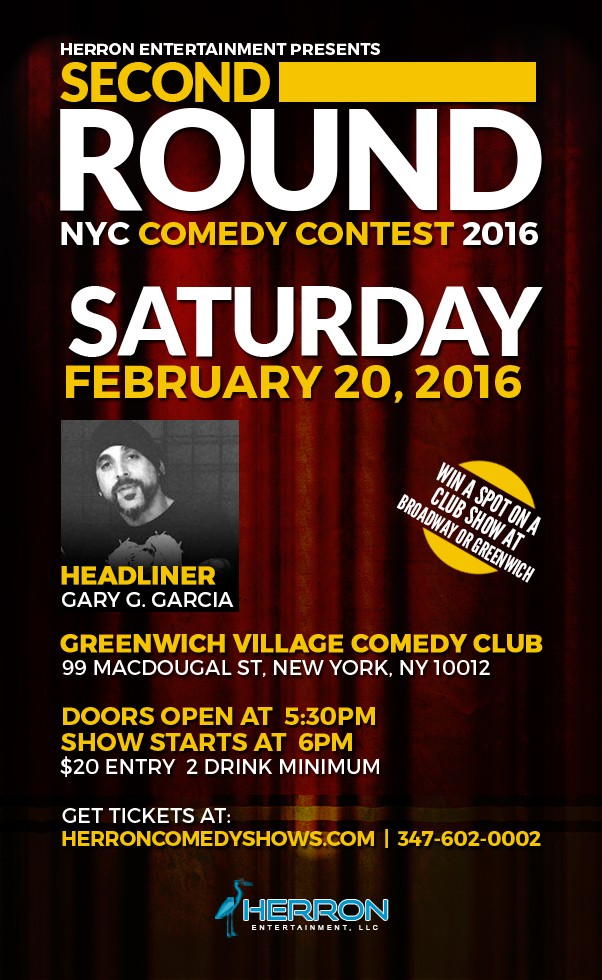 Come see some of the upcoming stars in the NYC Metro area compete for future spots on a club show at either the Broadway Comedy Club or the Greenwich Village Comedy Club.

Headlining the show is NYC up and comer and recent winner of the 2015 Comedy Contest, Gary G. Garcia.

Contestants will be judged by stage presence, time ensuring they do not go over their allocated time, crowd response among other categories.

About the Author: herron